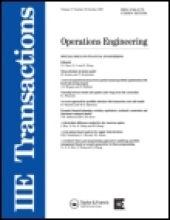 We study a security problem in which an adversary seeks to attack a landscape by setting a wildfire in a strategic location, whereas wildfire managers wish to mitigate the damage of the attack by implementing a fuel treatment in the landscape. We model the problem as a min–max Stackelberg game with the goal of identifying an optimal fuel treatment plan that minimizes the impact of a pyro-terror attack. As the adversary’s problem is discrete, we use a decomposition algorithm suitable for integer bi-level programs. We test our model on three test landscape cases located in the Western United States. The results indicate that fuel treatment can effectively mitigate the effects of an attack: implementing fuel treatment on 2, 5, and 10% of the landscape, on average, reduces the damage caused by a pyro-terror attack by 14, 27, and 43%, respectively. The resulting fuel treatment plan is also effective in mitigating natural wildfires with randomly placed ignition points. The pyro-terrorism mitigation problem studied in this article is equivalent to the b-interdiction-covering problem where the intermediate nodes are subject to interdiction. It can also be interpreted as the problem of identifying the b-most-vital nodes in a one-to-all shortest path problem.